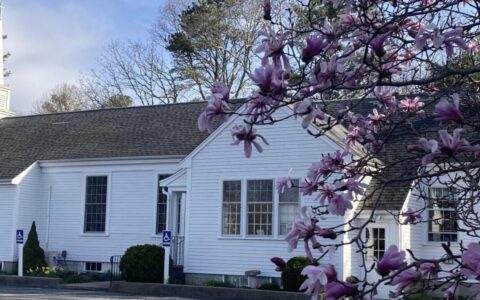 Forestdale Church is a quaint, non-denominational church nestled in the beautiful coastal vacation town of Sandwich, Massachusetts. Currently, it has approximately 30 members and a Sunday attendance size of up to 50. Our purpose is to glorify God in worship, fellowship, and service. In our worship we are focused on beholding the glory of God in Christ as revealed through his Spirit-inspired Scriptures. In our fellowship we are focused on building one another up in love. In our service we are focused on engaging our community with gospel hope.